​​​​​​​The Central Districts Charitable Trust is the result of one man's vision.

In his years of serving Central Districts as a cricketer, selector and administrator in just about every office (also representing New Zealand as a Test cricketer), IAN COLQUHOUN became aware of the pressing need to establish a strong financial base for the geographically widespread Association.

He transformed his vision into reality by involving others and as executive officer in 1986, he found two ready allies in Bob MacInnes and Stuart Devine. They provided the accounting and legal expertise required to form a Charitable Trust which was considered to be the most suitable type of funding structure. 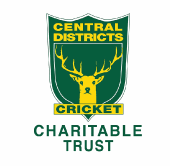 At a cricket match between a visiting South Australian side and Central Districts in early 1987, the Central Districts Cricket Charitable Trust was launched. It was headed by Graeme Young, an engineer of Whanganui, Central Districts Chairman at the time. The six other inaugural Trustees appointed were all from Hastings for the ease of calling meetings and decision-making.

The sum of $20,000 was settled upon the Trust by the Settlor, the Central Districts Association. Typically, the greater part of this amount was specifically collected for the purpose by Ian Colquhoun from around the constituent Associations and their members.

The other original Trustees appointed in 1987 were: Stuart Devine, lawyer, Chairman; Bob MacInnes, accountant and past President of Central Districts; John Wiltshire, lawyer and recent Central Districts batsman and captain; Allan Hill, trust officer; John Milmine, insurance broker and Selwyn Cushing, now Sir Selwyn, an accountant who opened the batting for Hawke's Bay in the early 1960s and who continues as a Trustee today.

The first meeting of the Trust was on 7 April 1987 and was especially called to define and approve the rules by which the Lowe Walker Cricket Scholarship would operate.

A promising Central District cricketer “selected by the Central Districts Selector and Central Districts Captain jointly and approved by the Trustees” was to experience a season of cricket with Somerset County Cricket Club in England, with fares and expenses paid. Mark Greatbatch was the first recipient of the award. Three further nominees were to follow before the scheme was discontinued. Lowe Walker then generously amended the scheme to fund the coaching and development of Central Districts cricketers.

Within the next five years, two Trustees resigned when they transferred out of Central Districts, and sadly Bob MacInnes - a Central Districts stalwart and longterm New Zealand Cricket councillor - died in 1992. The minutes of a Trust meeting on 26 November 1992 record the following tribute; “. . . to the services he rendered to cricket generally and in particular to the Trust. His experience and wise counsel had been a tremendous assistance to the successful launching of the Trust”.

On 23 March 1993, it was resolved that the Trust apply for incorporation as a Board, under the Charitable Trusts Act 1997.

John Milmine wrote in March 1997 offering his resignation as he had transferred to Auckland. When the Trust met in 1998, the Chairman welcomed new Trustees David Syms, Rector of Palmerston North Boys' High School, and Bill Willis, a lawyer of Napier. Jock Sutherland of Nelson was also appointed a Trustee in 1998. He was to become President of the Central Districts Cricket Association in 2005/06 and subsequently honoured with Life Membership in 2009/10.

At a meeting on 15 July 1999, “The Chairman reported that he had written to Mrs Lithgow and expressed sorrow at Stafford's death and noted Stafford's contribution to the affairs of the Trust”.

On 18 April 2000 at a meeting of the Trust, the Chairman welcomed as a new Trustee John Fluker, an accountant of Levin, and Chairman of the Central Districts Cricket Association who became a Life Member in 2012/13.

At a Trust meeting on 5 September 2001, the Chairman reported Bill Willis's resignation from the Board because of indifferent health and would write to him expressing appreciation of his contribution to the affairs of the Trust. When the Trust met on 25 July 2002, the Chairman reported that David Syms had given his resignation as he was leaving the District to become the Operations Manager of Auckland Rugby.

Ian Colquhoun, QSM, was appointed a Trustee in November 2001. He died on 25 February 2005, a Central Districts man and lover of cricket who had served the game in many roles for over 50 years.

Stuart Devine wrote to Mrs Colquhoun in March 2005 “I am writing on behalf of the Trustees to convey our deepest sympathy on the passing of Ian. Cricket in New Zealand and in particular, Central Districts is indebted to Ian for his enormous contribution to the game for which he will be long remembered. The foundation of the Trust was but one of the many farsighted decisions that Ian made. He was an inspiration to me and his enthusiasm to advance the game, a constant urge to improve the performance of the Trust. He will be sorely missed”.

At a meeting of the Trustees on 31 August 2006, the Chairman extended a welcome to Lawrence Willis, a Napier lawyer and Taranaki's Neil Sulzberger to the Board. On 11 December 2007 at a meeting of Trustees, Sulzberger tendered his resignation to concentrate on his responsibilities with Taranaki Cricket.

Stuart Devine resigned as Chairman and Trustee at a Trust meeting on 11 December 2007 and died on 11 May 2008 after a short illness. As Chairman he had very capably guided the Trust’s affairs for 21 years. His planning with Colquhoun and MacInnes and skilful drafting of the Constitution resulted in the successful launching of the Trust and importantly the later registration of the Trust and then the scrutiny of re-registration required by the new Charitable Trusts Act 2005. He was always courteous, very thorough, and a most hospitable host at meetings in his firm’s library. In a letter of 19 September 2002 to Stuart, Colquhoun ended with “Stuart, you love your cricket, the Trust is fortunate”.

Dugald Matheson, a partner at Gifford Devine and keen cricketer, performed an invaluable service to the Trust when Stuart Devine resigned in December 2007. He handled the administrative flow admirably throughout 2008, was a Trustee briefly and resigned only when appointed a District Court Judge at Whanganui. Michael Sewell, an accountant of Whanganui and Trustee since 1992, was elected Chairman in February 2009, presiding over his first meeting on 26 March 2009. At a meeting of the Trust in 2012, the Trustees endorsed the appointment of Iain Taylor, a partner of Gifford Devine as a Trustee.

Graeme Lowe CNZM QSM, a Hastings businessman, philanthropist and a most generous benefactor of Central Districts Association and the Trust, was appointed a Trustee in 1992. He died in 2012 after a long illness with Parkinson's disease from which he suffered for most of his Trust tenure.

Lowe participated fully in Trust affairs, meetings and gatherings at matches for as long as he could and, when he couldn't, sent his comments by email, then messages through his secretary. His donations to the Trust were timely ones, giving impetus when needed. Overall, his gifts to the Trust exceeded $200,000 over a 21-year period.

Basil Netten, a Trustee for 18 years, died at his home near Levin on 6 January 2015. Basil had served Central Districts with enthusiasm and drive for 15 years and was honoured with Life Membership in 2004. He simultaneously occupied every major administrative position; Executive, Executive chairman, Selection Convener and was elected to the New Zealand Cricket Board, where he was a forthright advocate for his Association at a critical time.

In March 2016, Simon Wilson of Lower Hutt was selected by the Board to be the appointed Trustee on the Central Districts Cricket Charitable Trust. Simon, an investment research company managing director, represented Canterbury and Central Districts at first class level between 1990 and 1995.

Today the Trust has eight Trustees, including three accountants and three lawyers.

In the time since the Trust’s inception it has received approximately $1,350,000, acquired by donations, bequests and returns on investments. It has distributed $605,000 to cricket in Central Districts, mainly to the constituent Associations.

Throughout the Trust's duration, the Trustees have tried to strike a balance between allocating grants for deserving causes and the ever-present challenge of increasing the capital base.

The short-term goal of the Trustees was to achieve Colquhoun’s dream and accomplish $1 million by December 2016.

However, a series of worthwhile Central Districts projects where the Trust has contributed $80,000 in total over the last three years has meant a delay to achieving that goal. These include $25,000 to The NZCT Indoor Centre at Palmerston North Boys' High School and $25,000 to the Netten Indoor Centre in Levin.

The Trustees invite you, our stakeholders to help grow the Trust capital by making tax rebatable donations to the Trust. They also encourage you to plan bequests which assist to ensure the future of Central Districts cricket.

It is important to acknowledge all those who have made donations and left bequests. Thank you. The Trust has received help from many; in particular it is grateful to Paul Clothier of Forsyth Barr for his generous honorary services for over 15 years.

This short history would not be complete without mentioning the Hastings legal firm Gifford Devine. They have been an administrative base for the Trust since the very first day in 1987, and supported Stuart Devine in his role as Chairman for 21 years, then Dugald Matheson who deputised when his senior retired in 2008.

Gifford Devine has hosted numerous Trust meetings in its library, generously made available amenities, plant and systems and provided superb secretarial services through Mirissa Devine formerly and then Donna Wallace over the last 8 years.

The Trust and the Central Districts Cricket Association owe the partners of Gifford Devine a huge debt of gratitude for their contribution and, in these pages, sincerely and publicly record their appreciation. 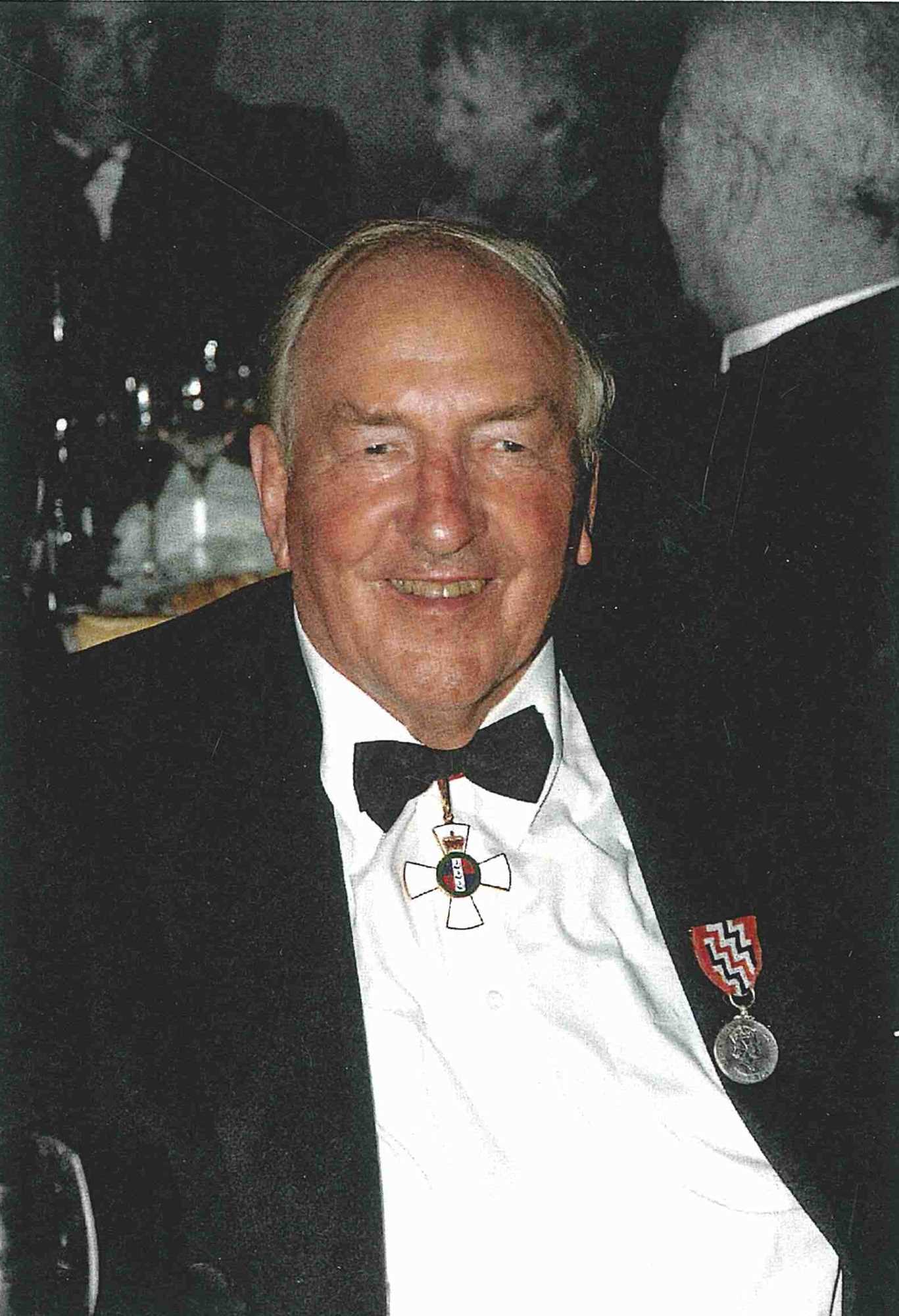