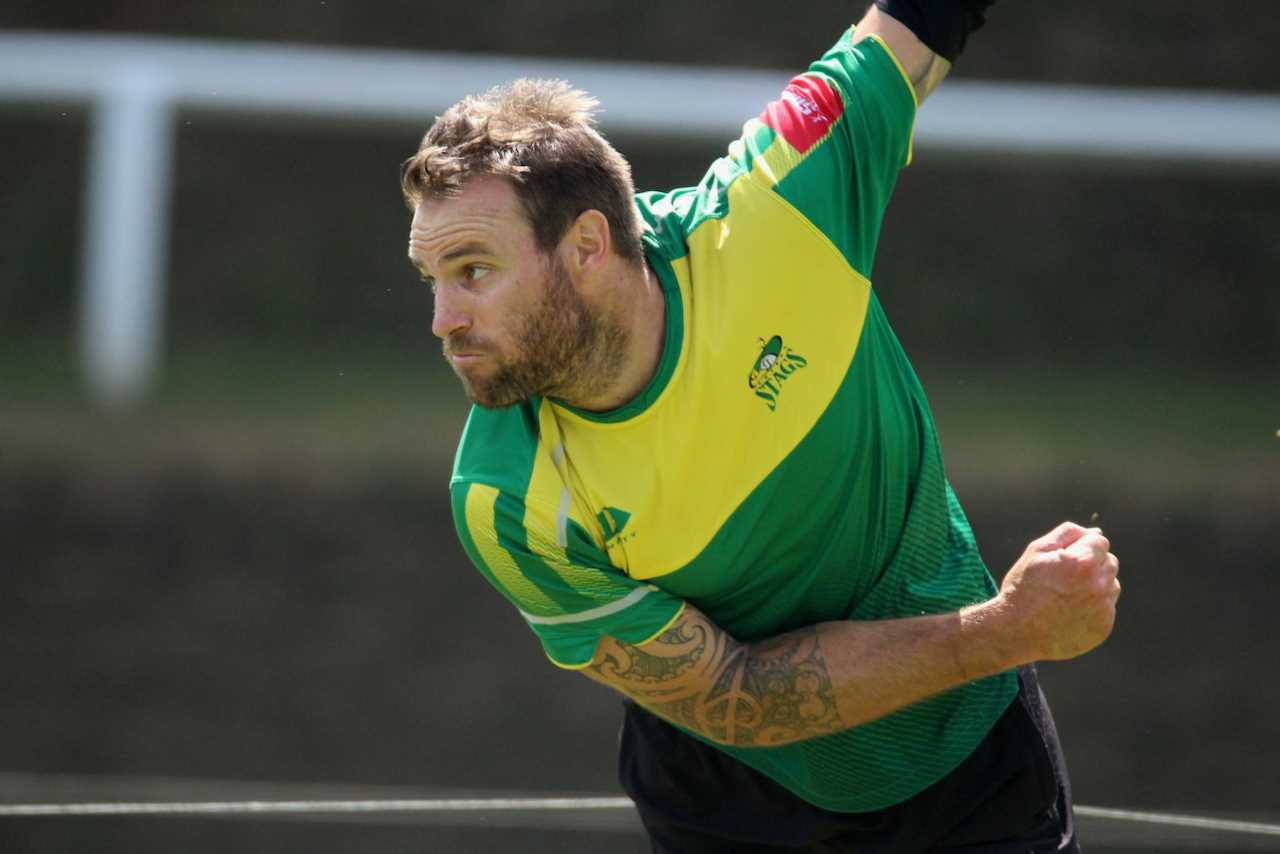 Two of CD’s stars are heading into a big two days at Pukekura Park brimming with confidence, despite a first-round hiccup for both the Central Stags and Hinds in the opening round of Dream11 Super Smash.

WHITE FERN Rosemary Mair and BLACKCAP Doug Bracewell are both fired up to continue their strong individual seasons for the respective teams who play the Northern Spirit and Knights tomorrow (30 December) and Auckland Hearts and Aces on New Year’s Eve in New Plymouth.

Bracewell has continued to remind BLACKCAPS selectors of his allround pedigree with a first-class century and six-wicket bag already this season and was called in for the BLACKCAPS’ first T20 against Pakistan without taking the field, while pace bowler Mair is fresh back from her maiden stint in the Women’s Big Bash League as the first Central Hinds player to appear in the glamorous Australian spectacle.

“We’ve played a couple of quite shortened Ford Trophy games here this season so it feels like we’ve had a dry run already and we’re pretty familiar with the ground and the wicket for tomorrow,” said Bracewell at a sun-drenched Pukekura Park.

“With a few injuries and Adam [Milne] overseas, we’ve also got quite a few young players in the side who have all already played here a few times now. Joey Field went really well in his T20 debut the other night in Napier and he’s played well here in The Ford Trophy, and I think it’s always exciting to see the talent coming through the ranks and the depth that the Association has.” 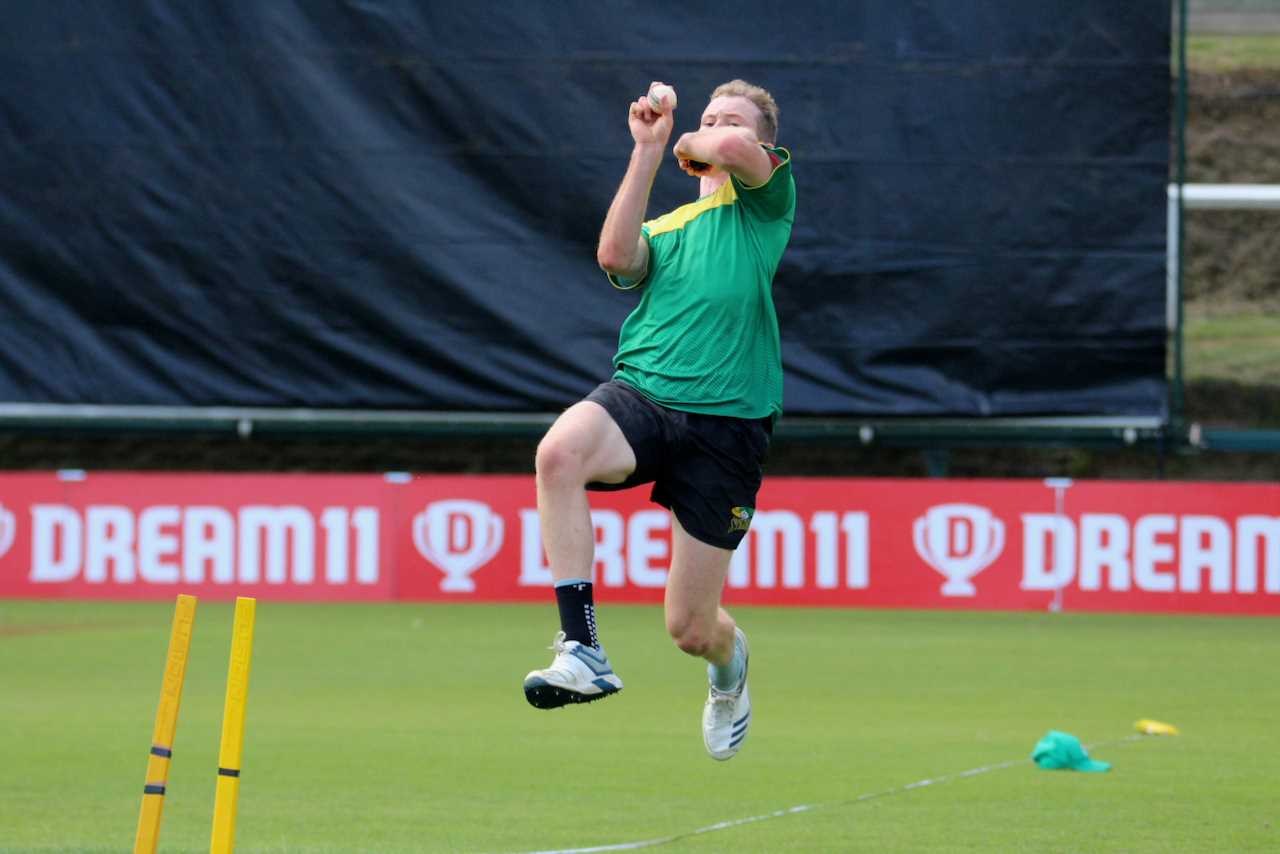 Bracewell’s early season red-ball form has included a first-class century batting a nine against the Aces in Auckland and a haul of 6-42 against West Indies A as captain of the New Zealand A side.

“That was really good for the confidence on a pretty flat and docile wicket in Nelson,” says the 30-year-old allrounder. “I enjoyed captaining and contributing to a win, and although T20 is a totally different format it’s been good to be feeling confident with how my body is going after what was an obviously frustrating time of it last summer, missing most of the season with injury. But I’m back to 100 per cent and it’s been enjoyable being back out there and being able to contribute with both bat and ball — with new energy in a new season.”

Bracewell says while first-class cricket is tougher both physically and mentally, T20 offers a good chance to sharpen up specific skill sets.

“You have to be a lot more precise with your plans and your execution, so I always find it refreshing and exciting to play. You can bring a lot of energy to it. You have to think on your feet a lot more, and as a team there’s a lot of tactical planning that goes into it. Things didn’t got to plan against the Firebirds in Napier but it was good to get the rust out early and these are two exciting opportunities in front of us against the Knights and Aces over these next two days.”

The Central Hinds will open the bill on both days with every day of Dream11 Super Smash a doubleheader this season. The women have got off to a flier in the one-day format and sit top of the table in the Hallyburton Johnstone Shield, but like the Stags suffered a blip against the Blaze in Napier.

Pukekura Park will be a different story after the team’s strong recent record at the ground, says Rosemary Mair — especially against the Auckland Hearts whom they will meet again on New Year’s Eve.

“They don’t have many fond memories of playing against us here whilst we always get really good support here which spurs us on,” says Mair.

“It’s a really good atmosphere in the doubleheaders and my favourite place to play.”

Despite having to get through a compulsory fortnight of managed isolation cooped up in a hotel and then having to rebuild her fitness and bowling loads before rejoining the Hinds, Mair says her experiences playing high intensity T20 league cricket in Australia for both the Melbourne Stars and Melbourne Renegades have been invaluable. 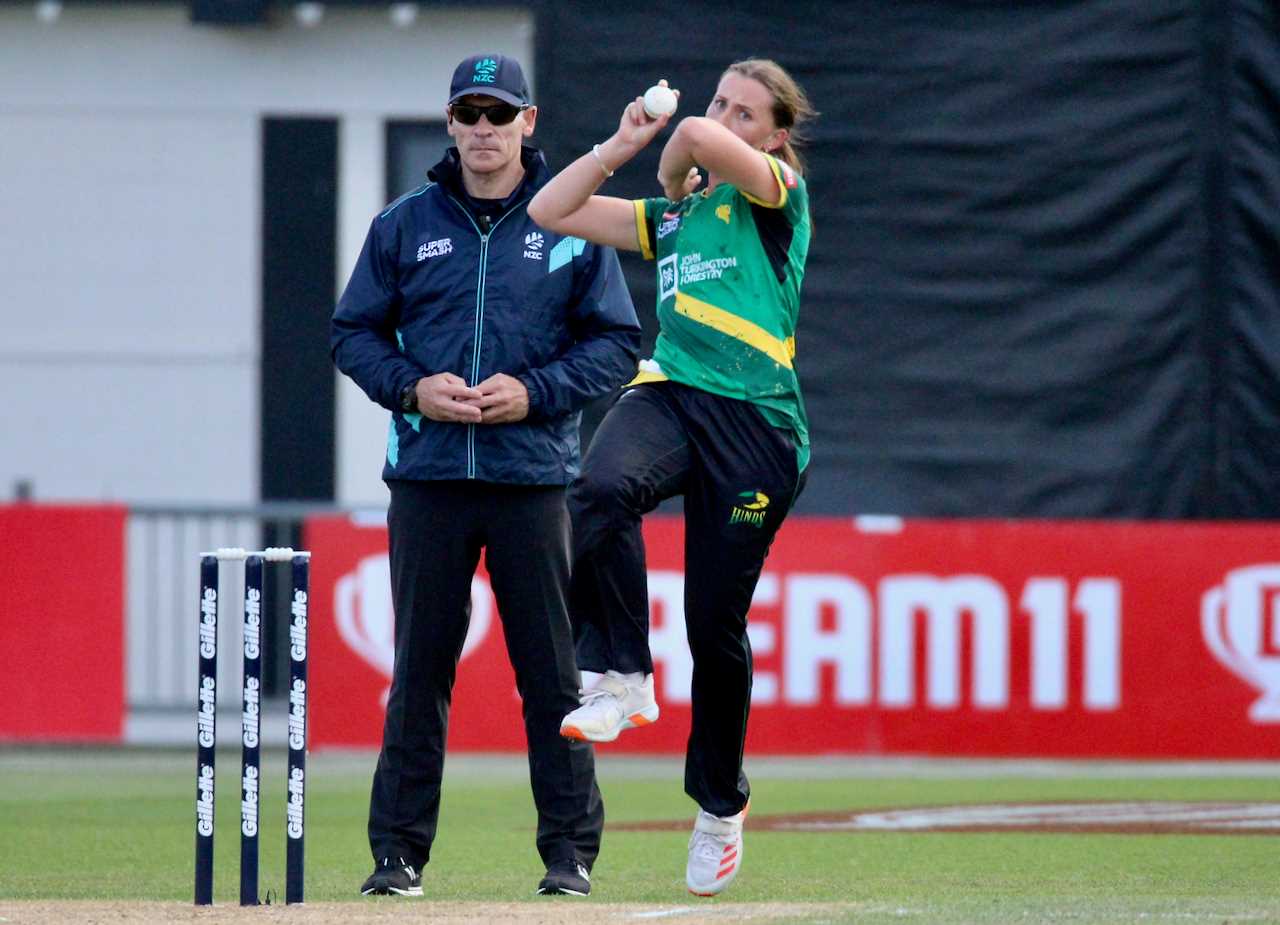 “I feel more confident in my own game. I learned a lot from playing under different coaches and captains, and picked up some new ideas about tactics throughout the game in T20s which I’m looking forward to bringing to the Hinds team where I can.”

Physically Mair said she felt “quite sore” after her first game in a month in Napier, but has been preparing carefully for back-to-back games in New Plymouth.

“I’m just making sure I recover well, taking it slow and not rushing into it, or overdoing in on my legs. It was pretty frustrating watching the girls have fun in the Hallyburton Johnstone Shield without being part of it so now I’m just really hungry to enjoy those experiences with the team in the T20 format and I’m making sure I’m doing everything right to be able to contribute to a good side.”

The Hinds have made one addition to their squad with newly appointed Central Districts Under 19 captain Ashtuti Kumar coming in to bring the posse to thirteen for the back-to-back games, while the Stags have named an unchanged squad for both games.

The Hinds matches begin at 10.10am on both days at Pukekura with the Stags following at 1.40pm. Tickets from just $5 online at https://bit.ly/SMASHTIX get spectators into both games on the day.