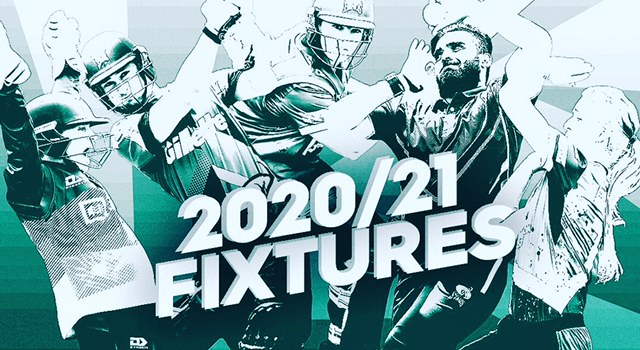 BLACKCAPS batsman ROSS TAYLOR is joining the Central Stags for the entire first half of the Plunket Shield in what’s set to be New Zealand’s most hotly contested first-class cricket championship in years.

The vastly experienced Taylor is available for four first-class games before Christmas with the action beginning in just 11 days’ time — the Stags hitting the road for two, tough opening away rounds against Northern Districts and Auckland teams that will likely be jam-packed with BLACKCAPS of their own.

Central Stags first-class captain GREG HAY is relishing the prospect of Taylor playing more cricket for the Stags in the next four weeks than he has in the last four years.

“Obviously everyone has got a hell of a lot of respect for Ross and, with that wealth of experience and that knowledge, he’s invaluable to have in and around the sheds,” said Hay. 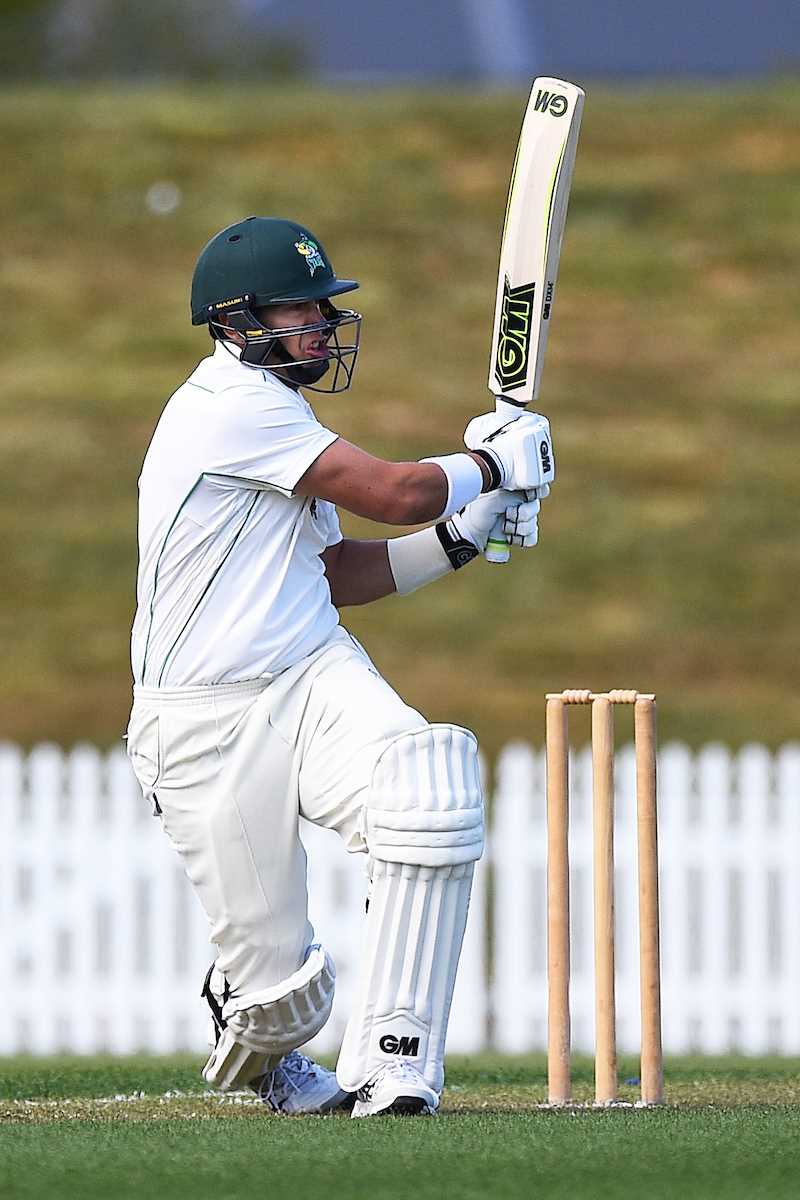 “I’m expecting the standard to be pretty high throughout the Plunket Shield and there are some strong sides out there, but in saying that, we should have a fairly strong and experienced line-up ourselves.”

The Stags suffered an injury-riddled season last summer, and yet still finished runners-up when the 106th edition of the championship was called off two rounds early due to the arrival of COVID-19 in New Zealand.

A side with two debutant pacemen in its ranks notably beat Northern Districts away — the opponents replete with Trent Boult, BJ Watling and Neil Wagner — so the prospect of heading into a season with Adam Milne, Seth Rance, Ben Wheeler, Blair Tickner and Ray Toole all revving their engines has Hay salivating. 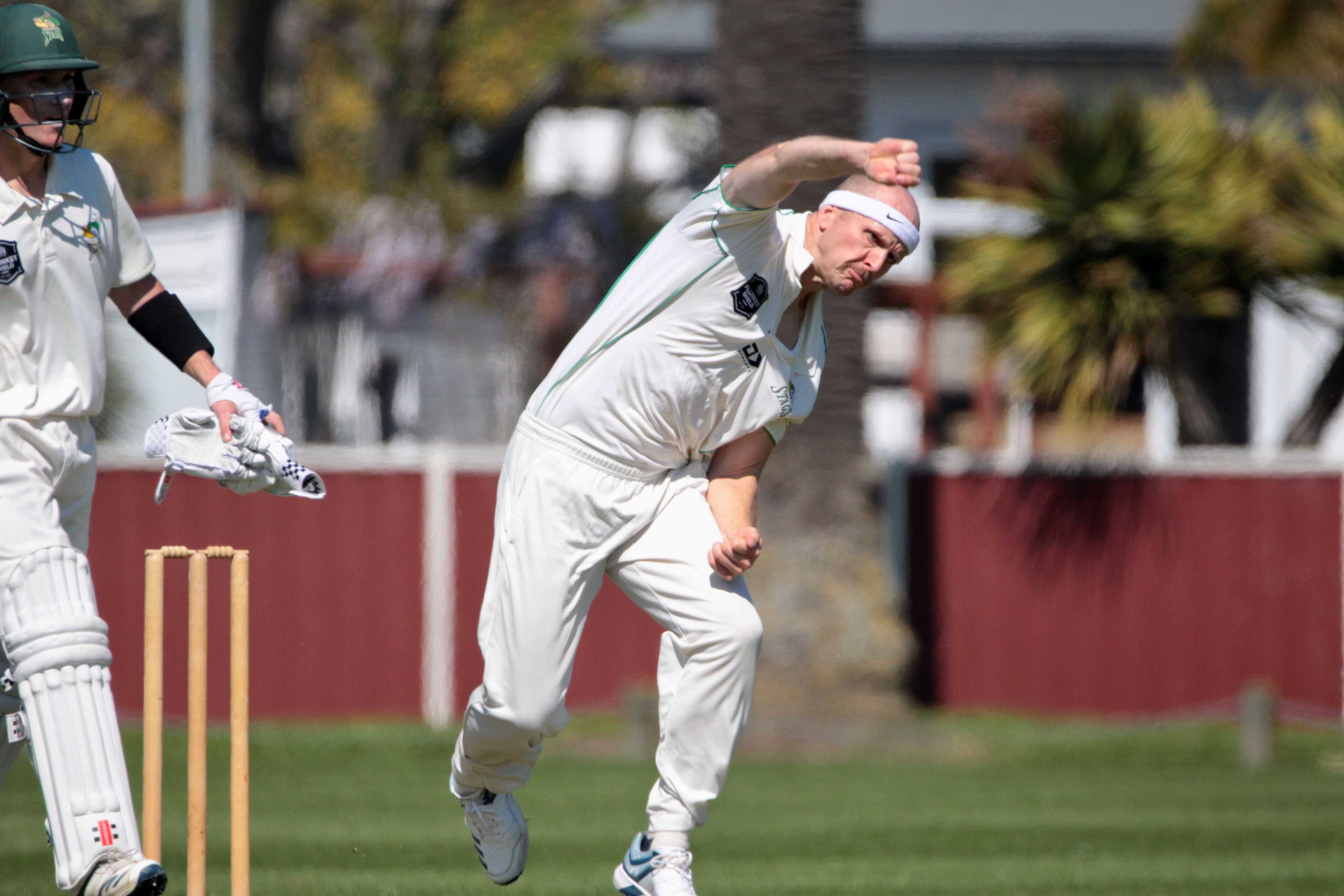 “In the last five years, I could probably count on one hand the number of times we’ve had all our bowlers available at the same time. I’m not counting my chickens, but I’m hoping I’ll have a full stable of quicks and they can really work as a pack for us.”

The Plunket Shield, Ford Trophy and women’s Hallyburton Johnstone Shield schedules were all announced today by NZC and will see the Stags play their first home games back-to-back in November at Hay’s home ground in Nelson, Saxton Oval, also against Auckland and Northern Districts. 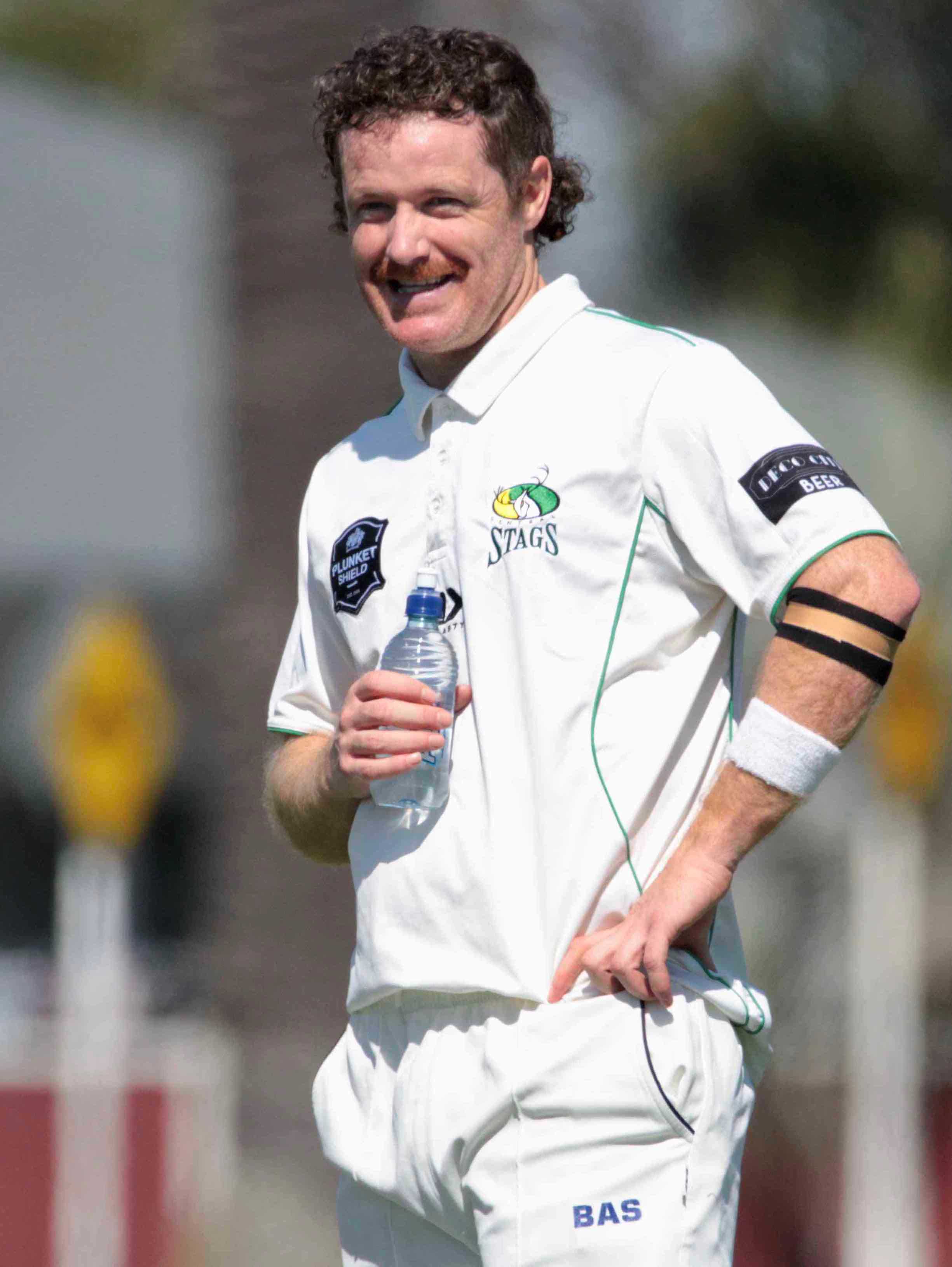 “It’s going to be interesting playing those sides twice before Christmas and important to get through the first half of the Plunket Shield in a good position, to head into that break near the top of the table with a good opportunity to kick on.

“Since the competition was reduced from 10 to eight rounds a couple of years ago, every game has sort of become more important, and teams are really looking to force results in just about every round. So they’re going to be exciting games, and it’s going to be good to have Ross around for those first four games and hopefully he can put some big scores up for us.”

The front end of The Ford Trophy meanwhile sees the Stags as the only team to play all six pre-Christmas fixtures at home — four games at New Plymouth’s Pukekura Park and two back to back in Palmerston North. 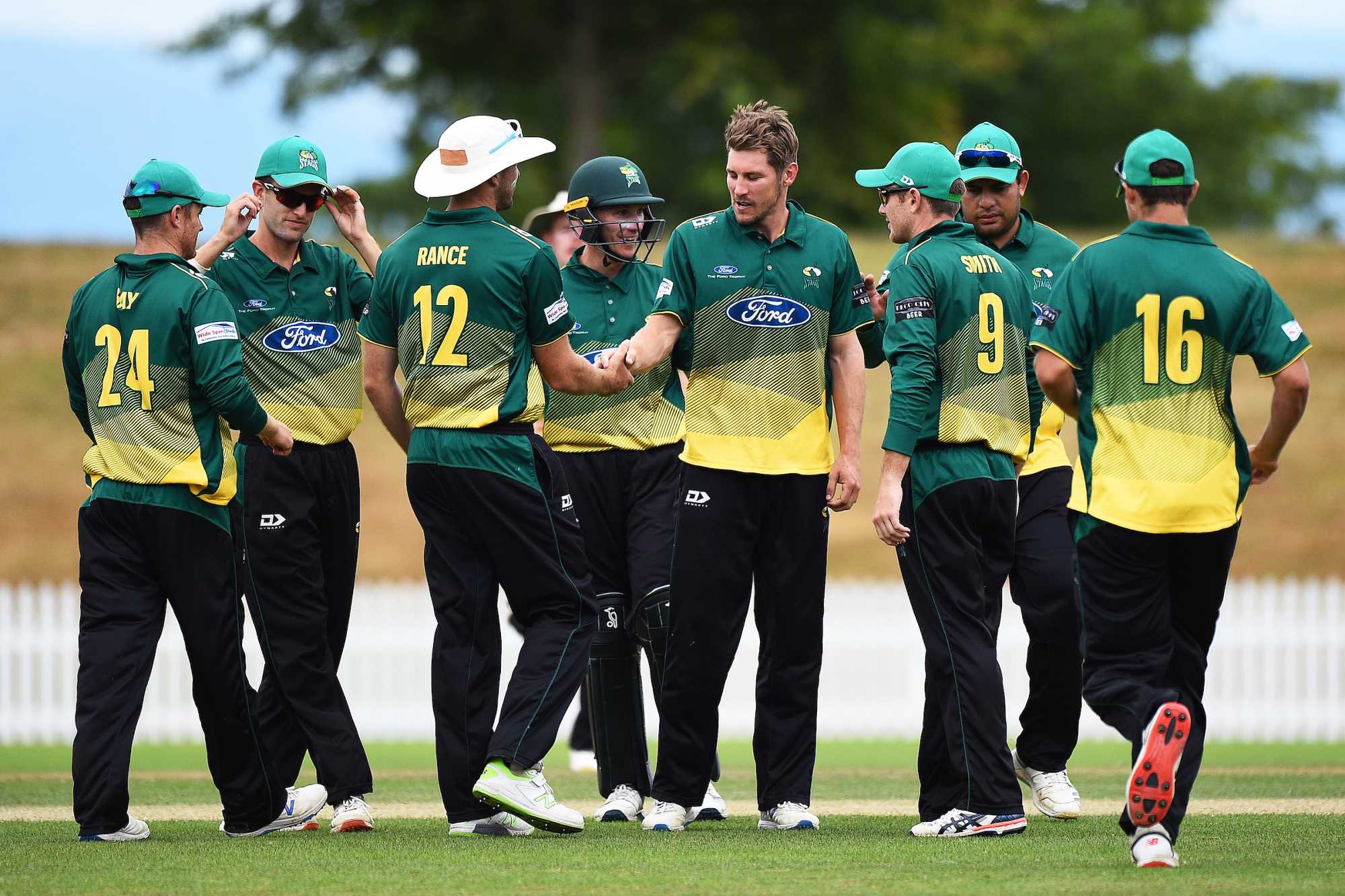 One-day captain TOM BRUCE said to have home advantage for the start of the competition is exciting.

“I know all the guys love to play at Pukekura Park — I certainly love playing there on my home turf in Taranaki.

"Fitzherbert Park is also fast becoming a very good ground and wicket for us, as our opening innings last season showed with a score of 394/4 in 50 overs. 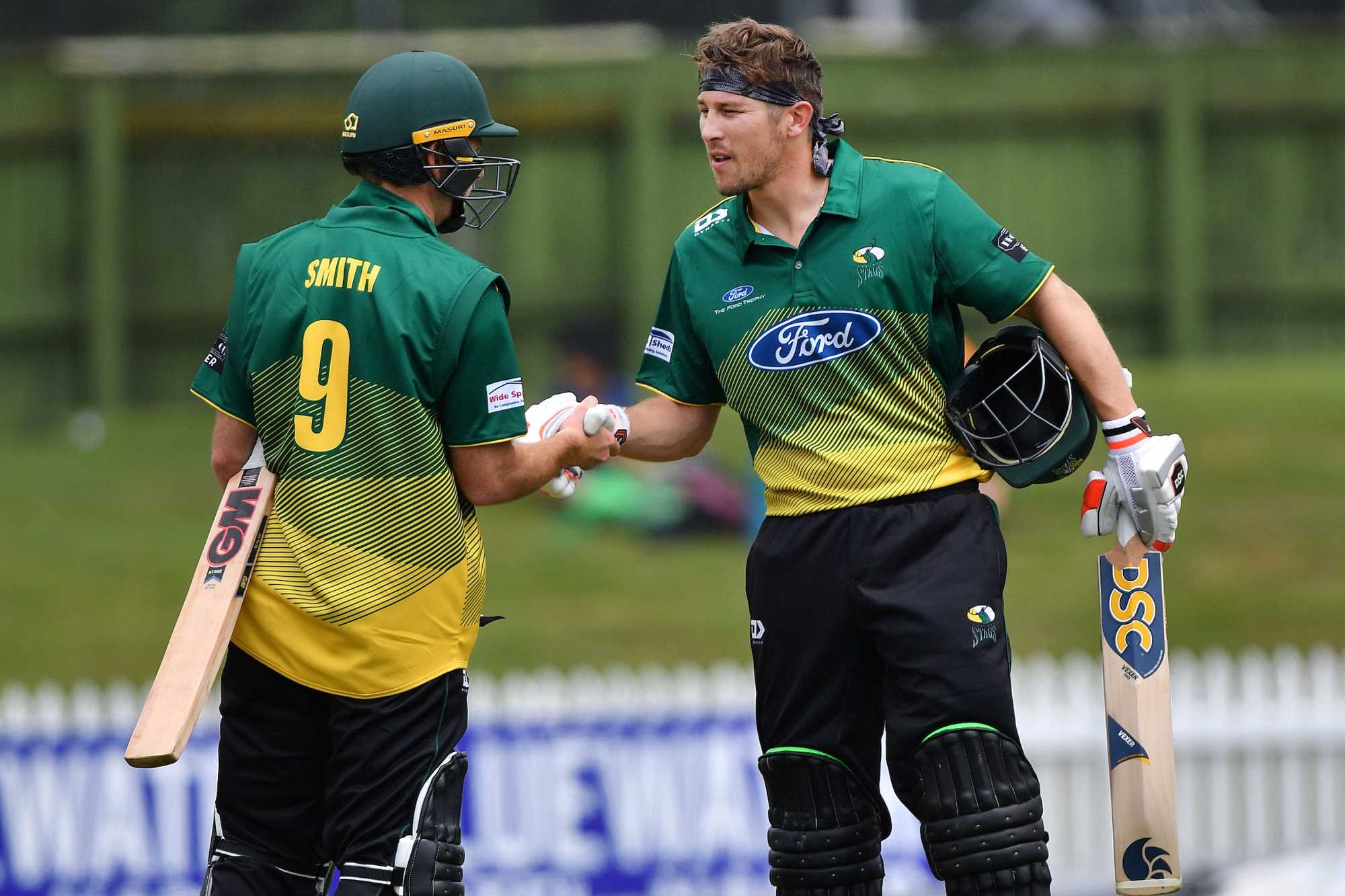 “It’s very important in any competition to get off to a fast start and, considering that the back end of The Ford Trophy will be all away games for us, even more so this summer.”

While the Stags are again likely to be missing a number of players to the BLACKCAPS and New Zealand A squads during The Ford Trophy window, Bruce is excited by the growing depth in the squad.

“You only have to look at a player like Bayley Wiggins who came in last summer, hit two big scores in his first three innings, and is now a contracted player,” said Bruce. 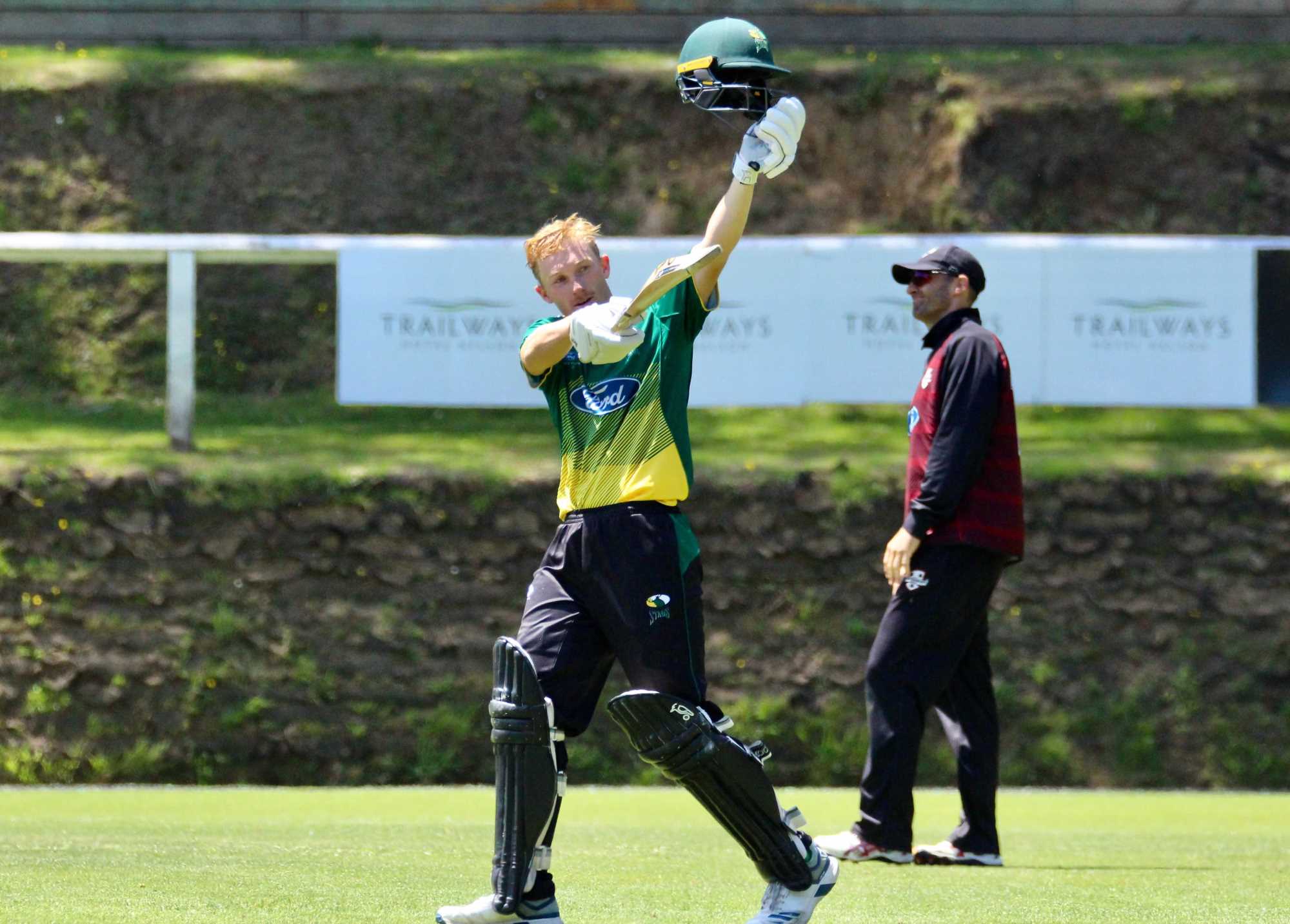 “That’s what we’re after — players taking the opportunity to perform. We’ve introduced or utilised a lot of young guys in the one-dayers over the last few seasons and, now that they’ve got a taste, I think we’ll be stronger for it this time.

“A lot of those players whom we might expect to come in for us have a lot more experience now, they’re guys who have played two or more formats for the team.” 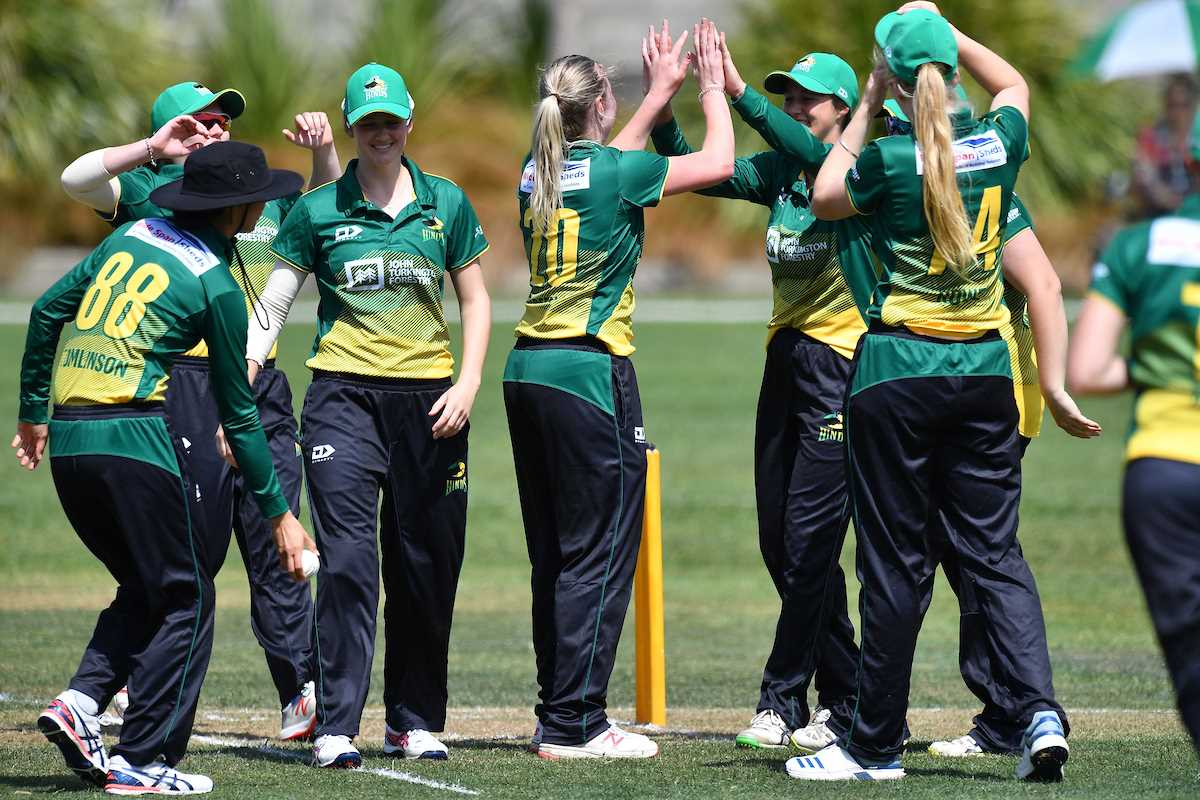 Set to begin in late November, the women’s Hallyburton Johnstone Shield will also see four big games at Pukekura Park and two matches in Levin in a season in which every single home one-dayer — men’s and women’s — will be free admission to the Central Districts public.

But first, four crunch matches await Hay and the Stags and, when they take the field at Seddon Park, under new, COVID-19 moderated playing conditions — it will be the first professional cricket in New Zealand in seven months. 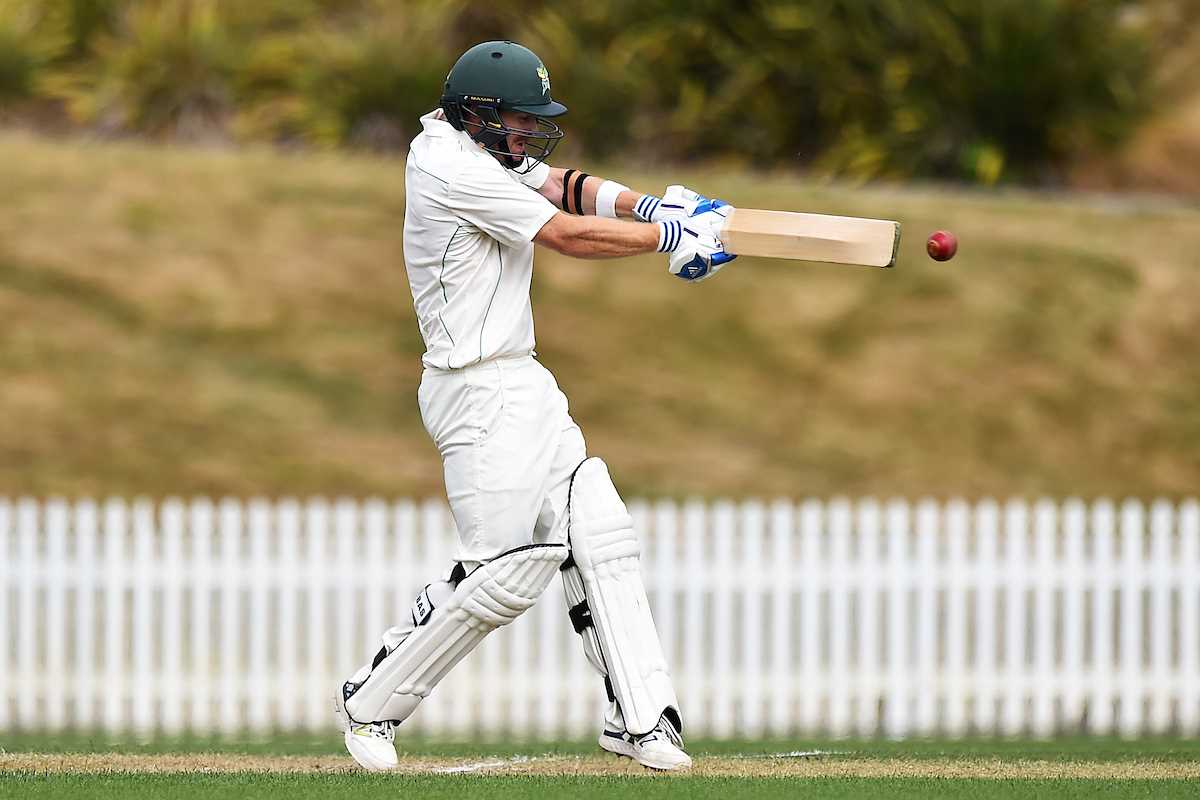 Normally a mainstay for Somerset’s Bath Cricket Club in the off seasons, for Hay himself it’s been his longest spell between drinks in a dozen summers back to back.

“Not being able to play in England was a shock to the system for me, but I’m just really looking forward to getting back out there and playing now,” Hay says.

The 36-year-old opening batsman has been in the best touch of his career in recent seasons, which have seen the Stags lift the Plunket Shield twice in three summers. He was once again among the country's top red-ball batsmen last season on the run charts. 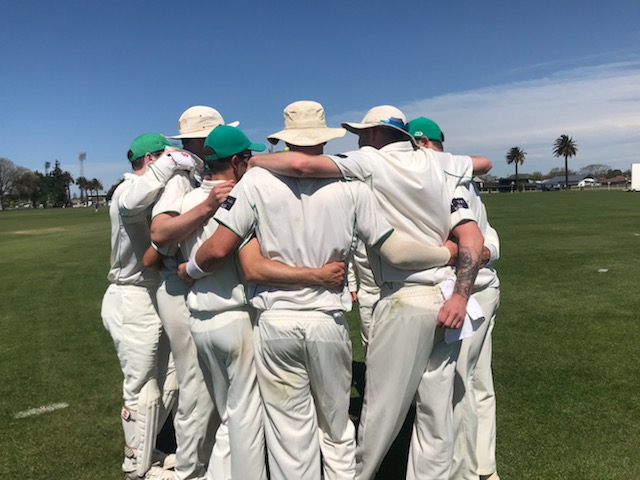 What motivates him to keep putting himself out there against the likes of Boult and Wagner?

“It’s the challenge to try and improve and each day trying to get better, then taking that work from the nets out to the middle, and challenging myself from a leadership perspective to bring the guys together and really drive the organisation forward. “

And, to see some of these young guys really fulfilling their own potential and hopefully playing for the BLACKCAPS.

“There’s been some really good work going in over the winter from the whole team so I’m hoping for a few breakout seasons from a few of the guys to really step up and dominate this season.” 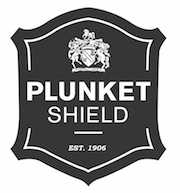 ROUND ONE: 19-22 October v Northern Districts at Seddon Park, Hamilton 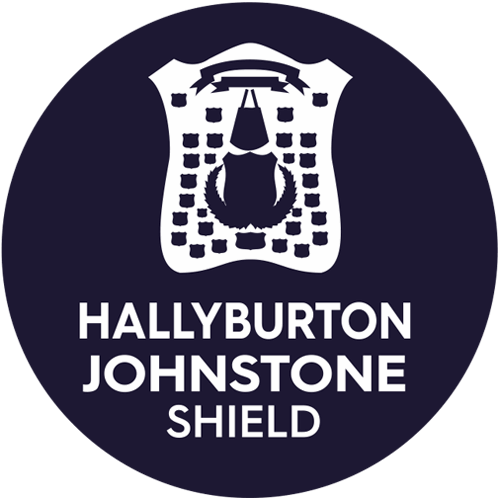 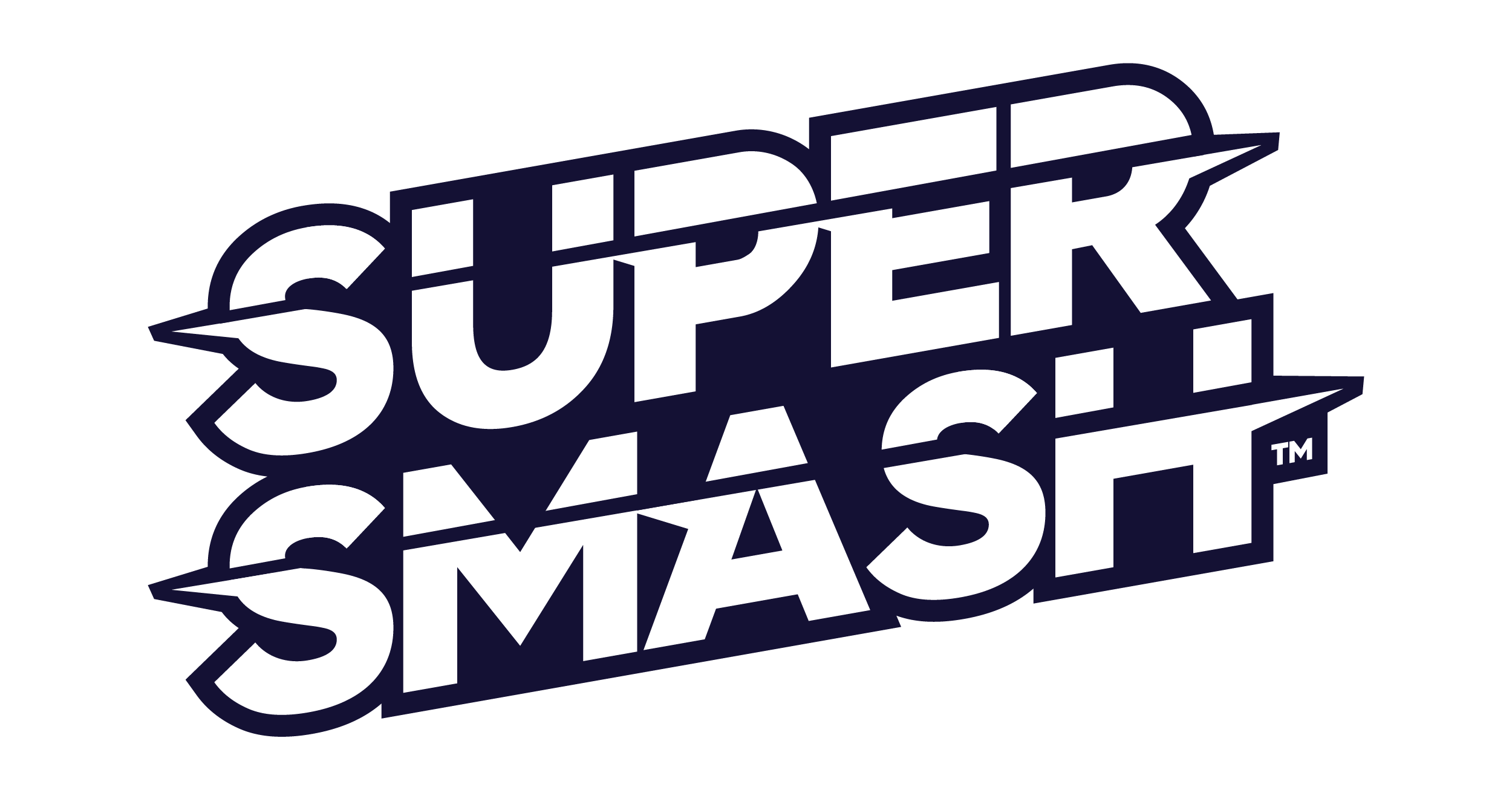 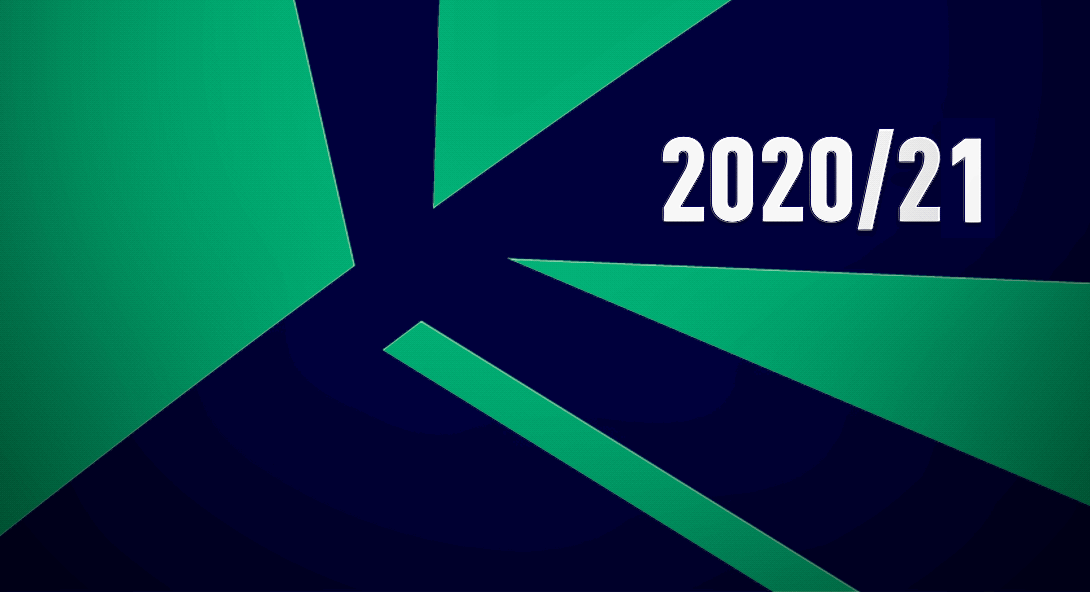